Highlights From Our Week

Volleyball practices on Tuesday and Thursday.

House closing set for Thursday morning at 10:00; postponed to Thursday at 3:00. Annoying.

Thursday night: rip up carpet in new house; sweep and mop floors. Kenny goes to 7 on 7 at the field.

Friday: Paint, Paint, and More Paint. (Thanks Dawn and Chris for all the help!)

Saturday: Trip to Lowes for more paint, then more painting at new house.

Saturday evening: Anxiously awaiting the arrival of my parents! Avery can't wait to show "Grammy and Pop what a big girl I am!"

No time to chat any longer; gotta pack more!
Posted by Jamey at 2:26 PM 2 comments:

Cheesin' Good Pictures As The Weeks Go By 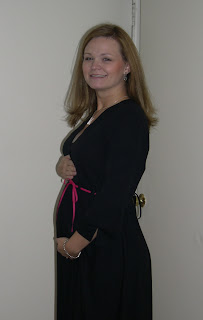 I've completed 21 weeks of this pregnancy, and am feeling great! Tired spells still hit me every now and then, and I seem to have to practice my patience a little more than usual. All in all, I'm feeling great and enjoying my family!

This morning we finally got a good picture of Avery and me. Normally, she cheeses with me and smiles pretty with Kenny. This morning it was visa versa! 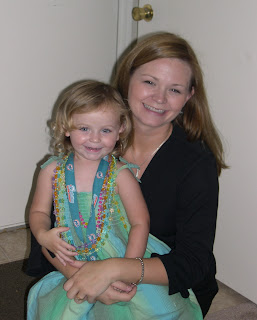 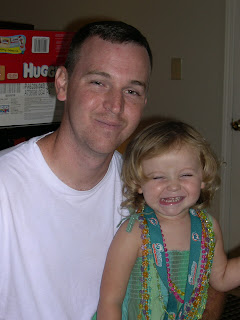 There have been some ups and downs this week regarding the purchase of our new home. We even thought we caught a few glimpses that it all wouldn't work out.

To make a long story short (and not bore you with all the details in between) God has smiled on us, and things have worked out. A week from today we will be the proud owners of our new home!

To add to the excitement, my parents are getting to come help us with minor repairs and updates! We haven't seen each other since Christmas, and a visit is long overdue. Avery looks forward to her Pop and Grammy's visit. She relates when they will be here with the fourth of July and fireworks. It's cute to hear her talk about how "Grammy and Pop will hear and see the loud fireworks, but it will be okay because Daddy is here to protect us from the scary noises."

So, if anyone wants to come help paint, rip up carpet, move furniture, caulk, trim trees, etc., you're more than welcome! ;)
Posted by Jamey at 12:43 PM 9 comments: 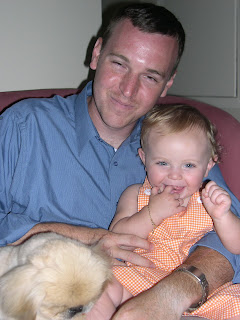 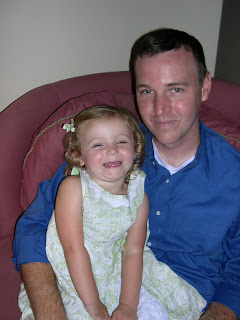 What a difference a year can make! Notice last year's father's day picture vs. this year's!

(On a sad note, it does make me sad to see her baby bracelet in the old picture. It was among the things that were stolen when our house was broken into a few months ago.)

Seriously, it was good to once again celebrate the fact that Kenny is the father of our little girl and soon to be little boy. He's a great daddy!

Kenny and I have been tossing several baby names around in our minds for a while now, but since we now know the gender, we've kicked it into high gear. Last time when we were deciding, school was in and Kenny got ideas from them; then took polls of the kids' favorite names. Since it's summertime, there aren't as many opportunities for that.

So, I wondered what other people's favorite names were. Some may be saving them as secrets for their own children someday, but I love hearing other ideas and options.

Let the name game begin! Tell me what you like for a little boy!
Posted by Jamey at 1:57 PM 15 comments:

I asked Kenny if this was too graphic to post online, and he didn't seem to think it was inappropriate...so, here's a not-so-modest view of our new Baby BOY!!! 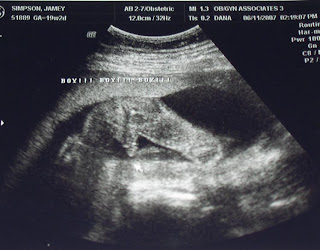 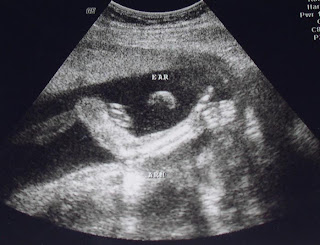 Scary face....will sure be a sweet one in real life! 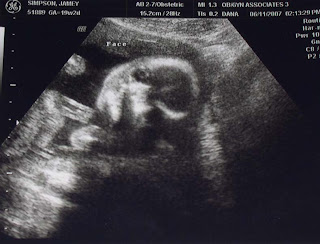 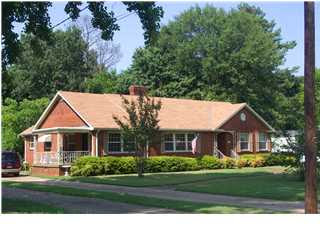 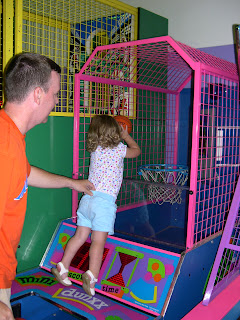 Kenny has already posted the highlights of our trip to Stone Mountain, so I thought I'd just add a few pictures.

Wednesday included a day of travel, but included fun stops along the way. When we got checked in, and after dinner at Mama Mia's Pizzaria 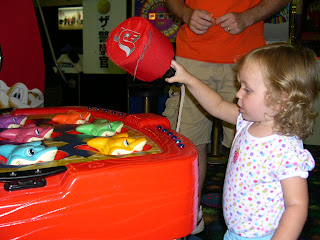 , we stopped in The Family Fun Center to try to get a few games of bowling in. They were booked, so Avery enjoyed playing arcade games instead. Her reaction time to bopping the sharks on the head was a bit slow. She hit every one that popped up, just a second after the fact! 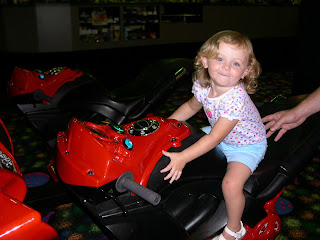 The next day was a full day of Stone Mountain sights. We enjoyed watching Avery take in all of her surroundings. She talked about the big mountain and how we were going to go way up high. She also talked about how she was going to pet the goats and sheep, and oh by the way David took care of sheep. Then he got Goliath. Little bit of a sidestory, but at least she's learning in Bible class! Kenny already mentioned the 4-D show involving the snake...but we all had fun taking silly pictures before the show began. (Why can't they make cute glasses?) 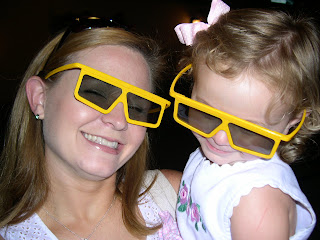 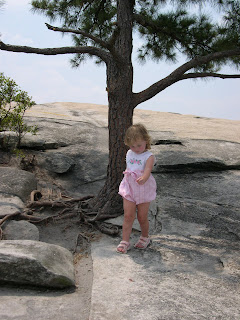 Also, who knew a tree could grow on top of a giant stone mountain? Avery also enjoyed "riding the choo choo tain..." and requested another ride the following morning. While we waited to board the big boat, we decided to go for a short paddle boat ride. Avery had fun, but not as much fun as when we fed the ducks. According to her, there was a momma, a daddy, and an Avery duck. It did look like 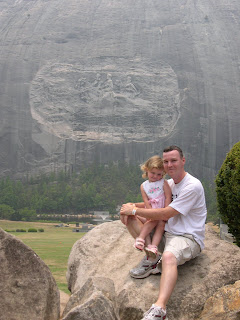 a family with two adult ducks, and two baby ducks. I guess she assumed the last duck was the new baby. Other people started watching and feeding, so more and more ducks swam toward the crowd. Then, the fish got in on the action. Avery thought it was funny when they jumped up to try to beat the duck to the precious food. We decided the biggest duck was a bully because he kept turning and lunging at the other ducks who tried to get close to his feeding ground. 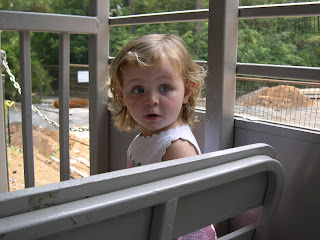 After a full morning, afternoon, and dinner, we headed back to the hotel for a break and a swim. We promised Avery since she had done so well all day that she could go swimming. Well, we know for the future to check out the temperature of the water before making such promises! It was frigid, but she held us to our promise. After a warm up bath, we rested in the hotel until the night laser and fireworks show. We warned her that it might be loud, but it would be okay and pretty. She talked all the way there, "be loud; but ok..." After the show which ended around 10:30, Avery fell asleep on the 4 minute ride home. After she was tucked into her pack and play, Kenny and I hooked up the headphones to his laptop and watched a $1 movie we purchased from Wal-Mart earlier in the afternoon. Cheesy movie, but a fun memory, all huddled under the covers so Avery wouldn't wake up from the light on the screen. 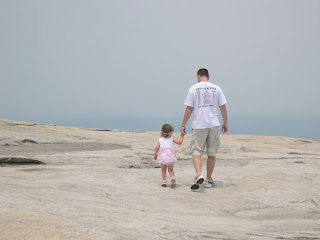 Avery slept in until 10 the next morning, so we bypassed our plan of playing a rousing game of Putt Putt before heading home. Once we were packed up and ready to go, it was almost lunchtime, so we got on the highway and headed home. We made a few stops here and there, but 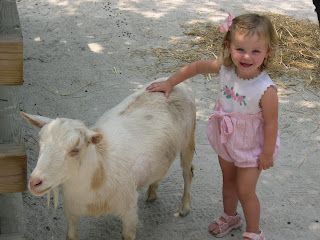 Avery had been patient long enough. She was ready to get home. We finally made it home in time for her to take a nap, then head back out for dinner. We were determined even though we were home, we were not going to let the vacation be over (especially since our anniversary is today!) 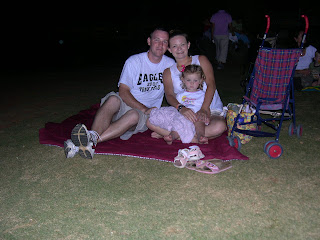 I'd say we had a fantastic time with each other, and Avery was a trooper as always. And now we know she doesn't turn into a terrible monster even if she doesn't get a nap!